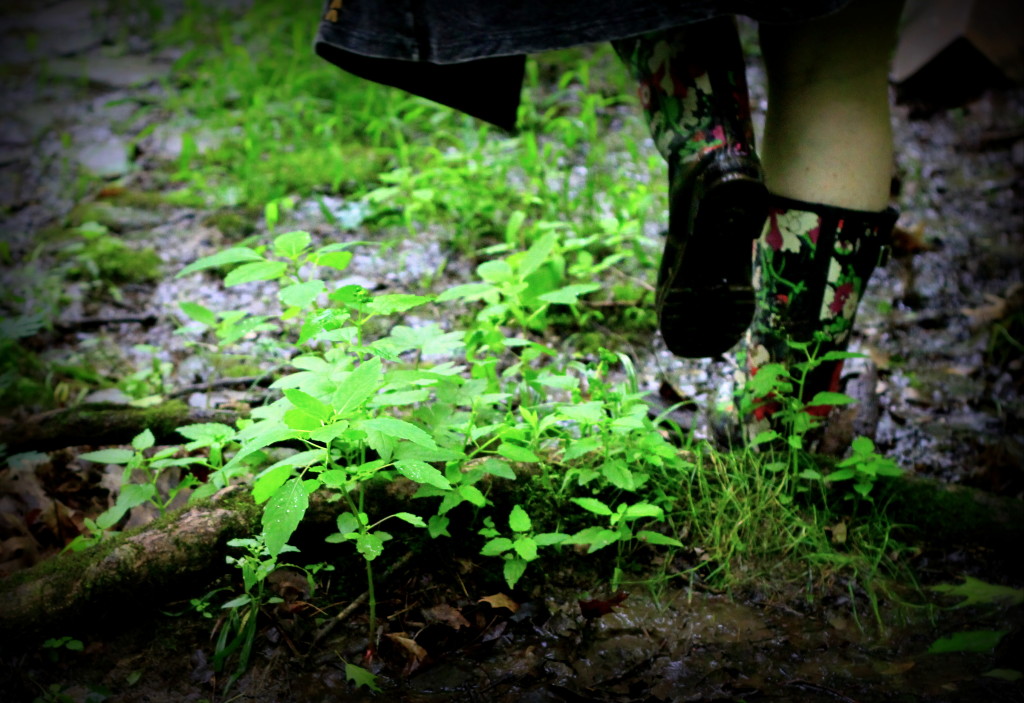 I contacted Heidi via email and said I was interested in a Spirit and Bone photography session with her.  We talked about possible dates and finally settled on the last weekend of June.  This weekend was also the weekend of The New York Faerie Festival.  The Festival was amazing but very rainy and unseasonably cold.  Last minute, on Sunday, I called her to cancel.  It was just too cold, too rainy and I had absolutely no more dry clothes.  We cancelled.

Monday dawned and I called her first thing.  She had mentioned she had Monday open until 4 pm, would I like to do our session then? Yes, the day was still a bit rainy at first but I packed up my campsite and headed out to her place at Honeoye Lake.

I had so looked forward to this session.  And now it was actually happening. 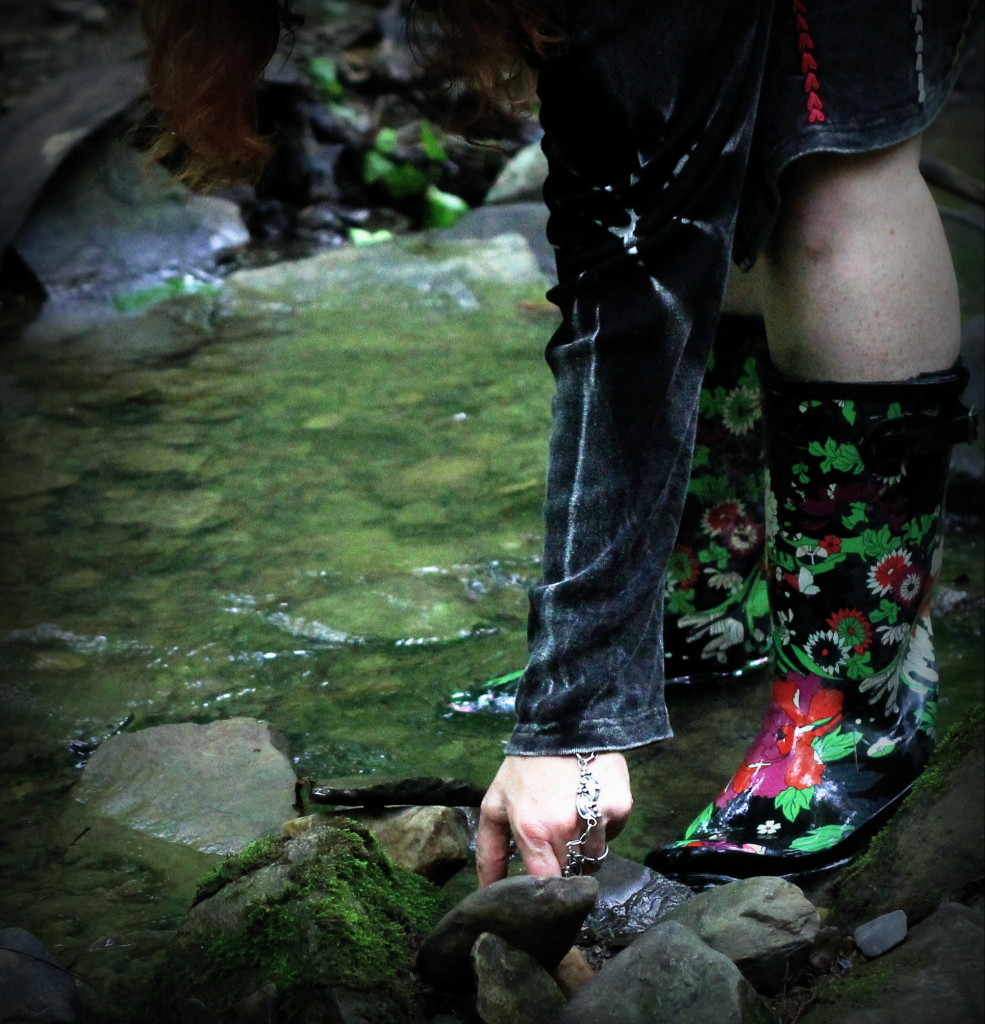 We rambled through the woods and she shot the entire time.  The only way I know she was shooting is because I have a disk full of photos.  I didn’t realize, at the time, that she was shooting. There were beautiful trees everywhere, a small creek and I even found a heart shaped stone that I stacked. 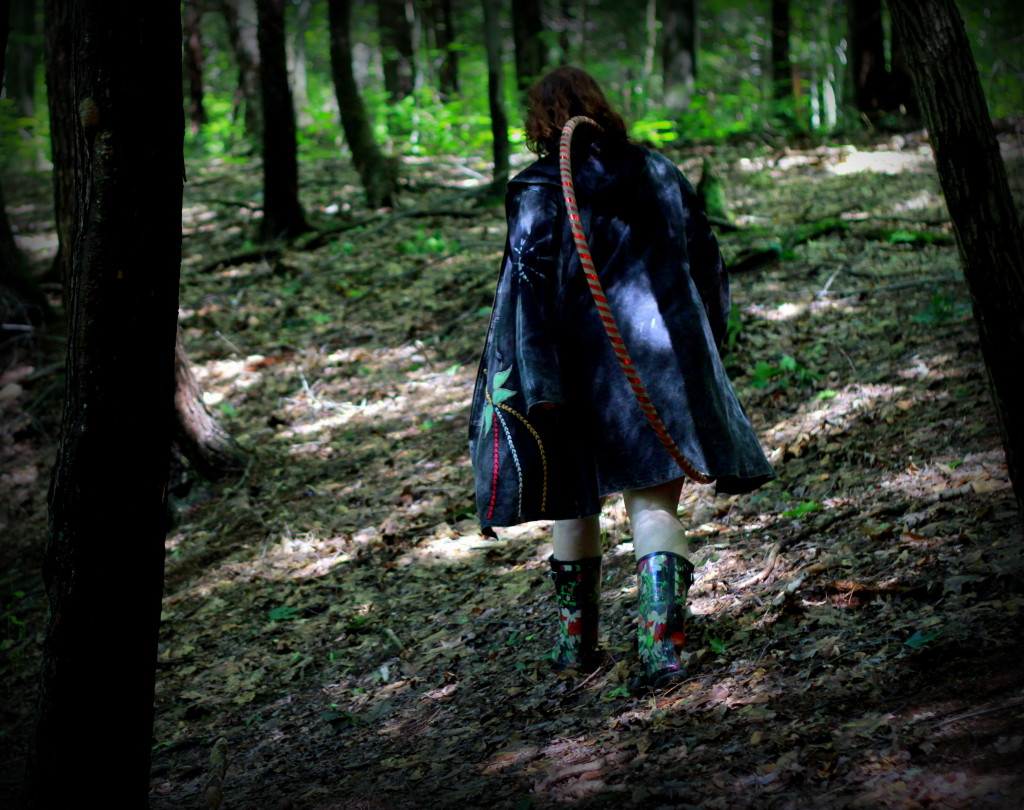 She gave me direction from time to time but mostly we rambled, hiked and adventured.  One time she told me to walk down a path and “do something fun”  This is the result!

A little later in our ramble we headed into a gulley.  The path was leading to a rushing creek, I could hear it.  We arrived at a pool of water and I sat down to remove my boots.  I wanted my feet in that water.

When I walked into the water, I had a deep dream memory surface.  The dream was from years before, Grandma Peg and I were in the very same gulley.  We were so happy.  We were dancing together with the Auspicious Animal.  I knew when I woke from the dream that it had a very special meaning. 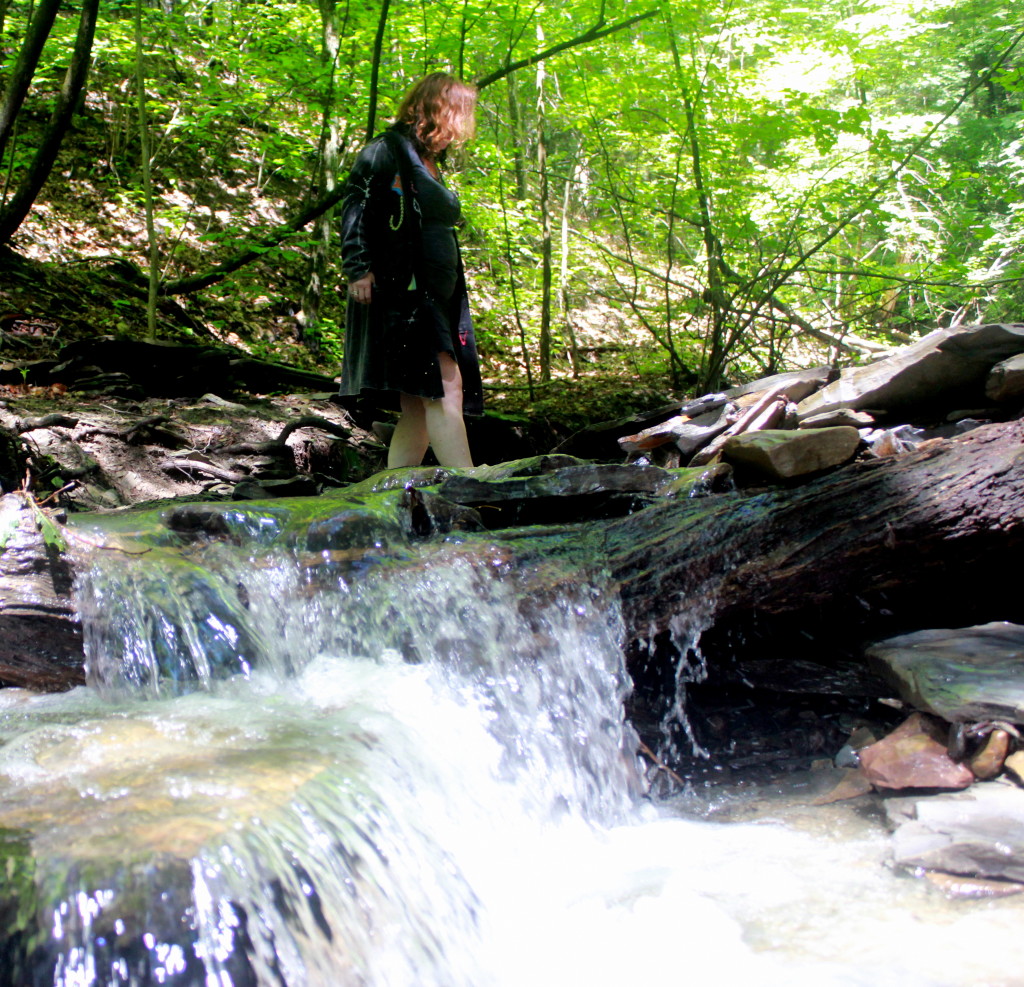 And now I was in the gulley and I was in the middle of a transformative experience.  And Heidi was there to capture it.

I played in the water.  I eyed a small drop off and with Heidi’s prompting I perched on a rock overlooking the source of the noise.  It was a sweet cascade. 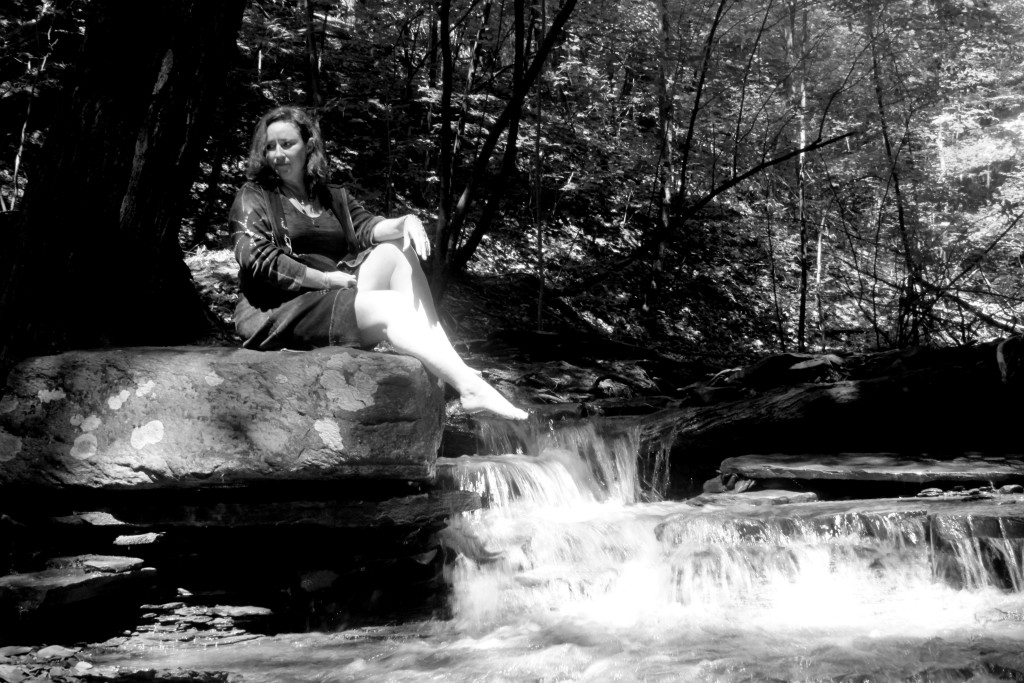 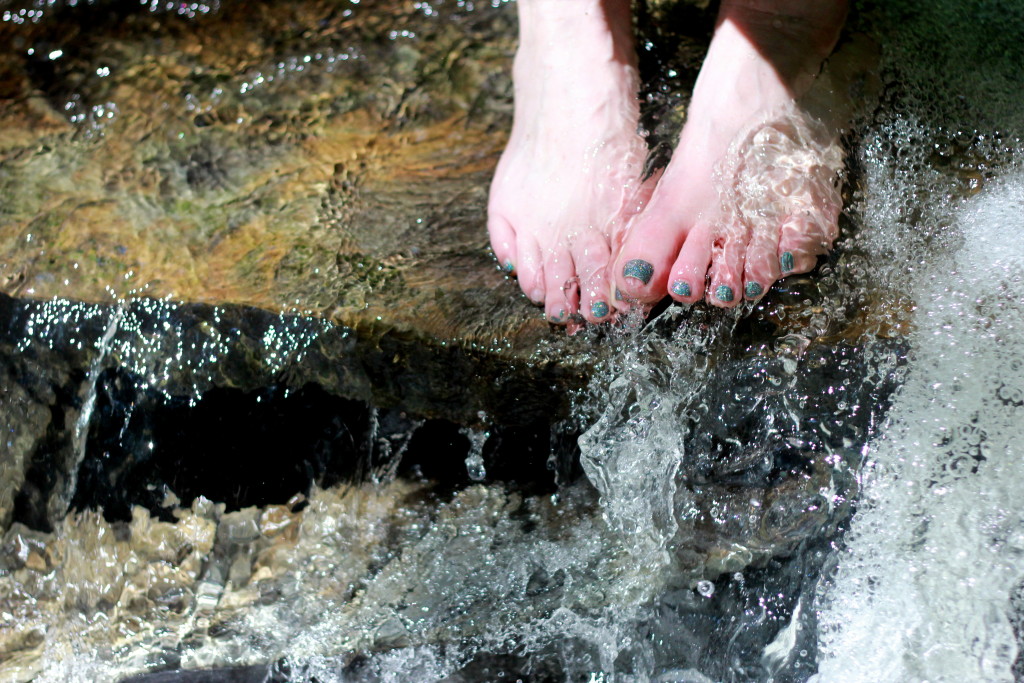 We had more rambling to do and I took the energy from the waterfall up the hill with me.  We made a few more stops and ended where we began, in the sun, next to the pond. 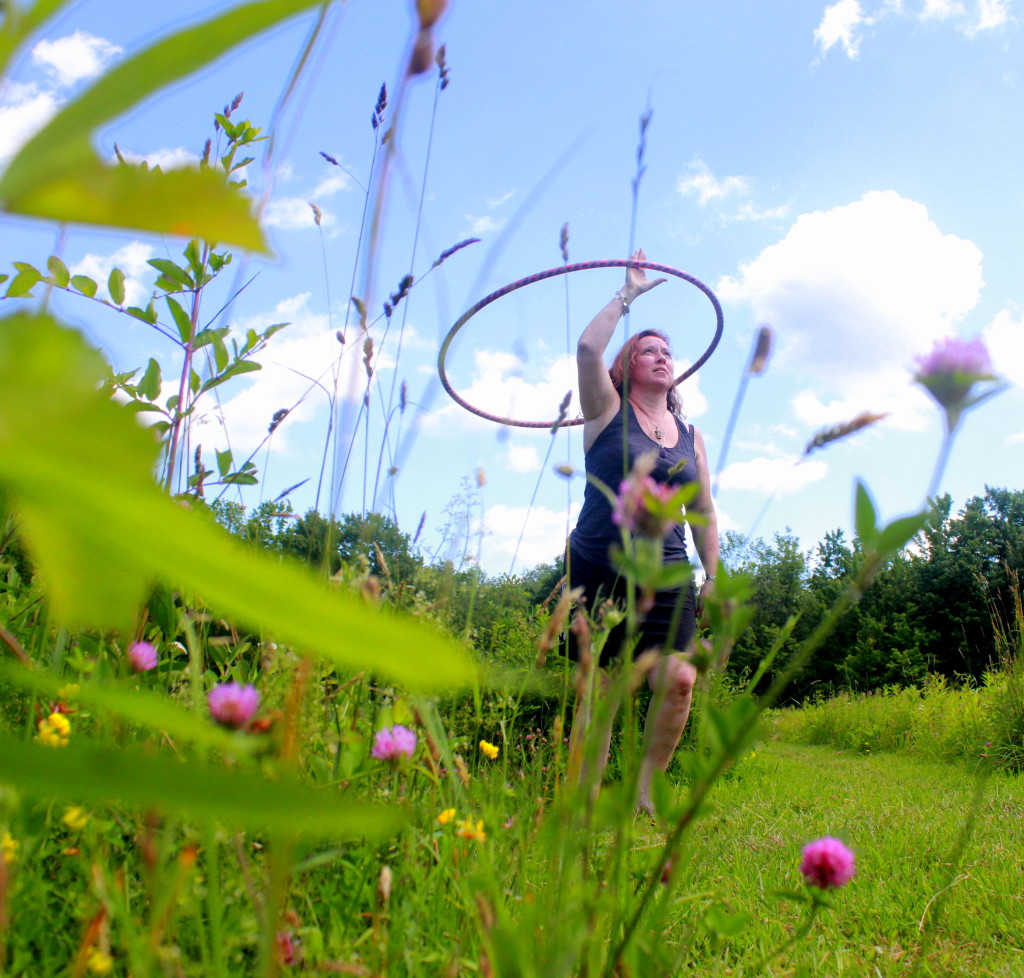 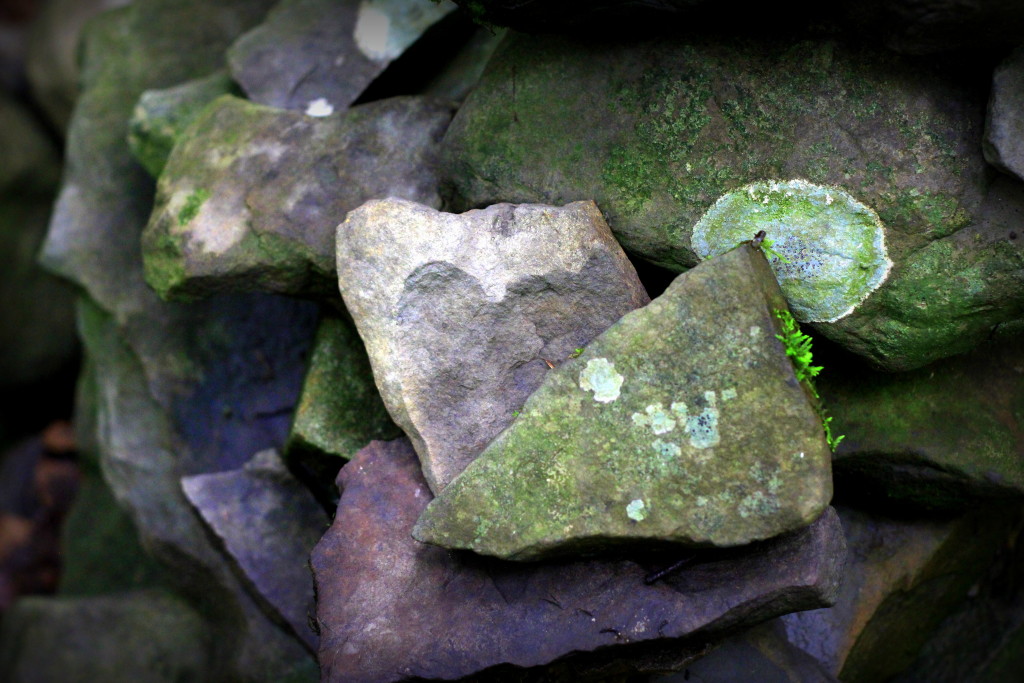 The day was full of magic, sunshine, adventure and a very special new friend .  What an amazing day.