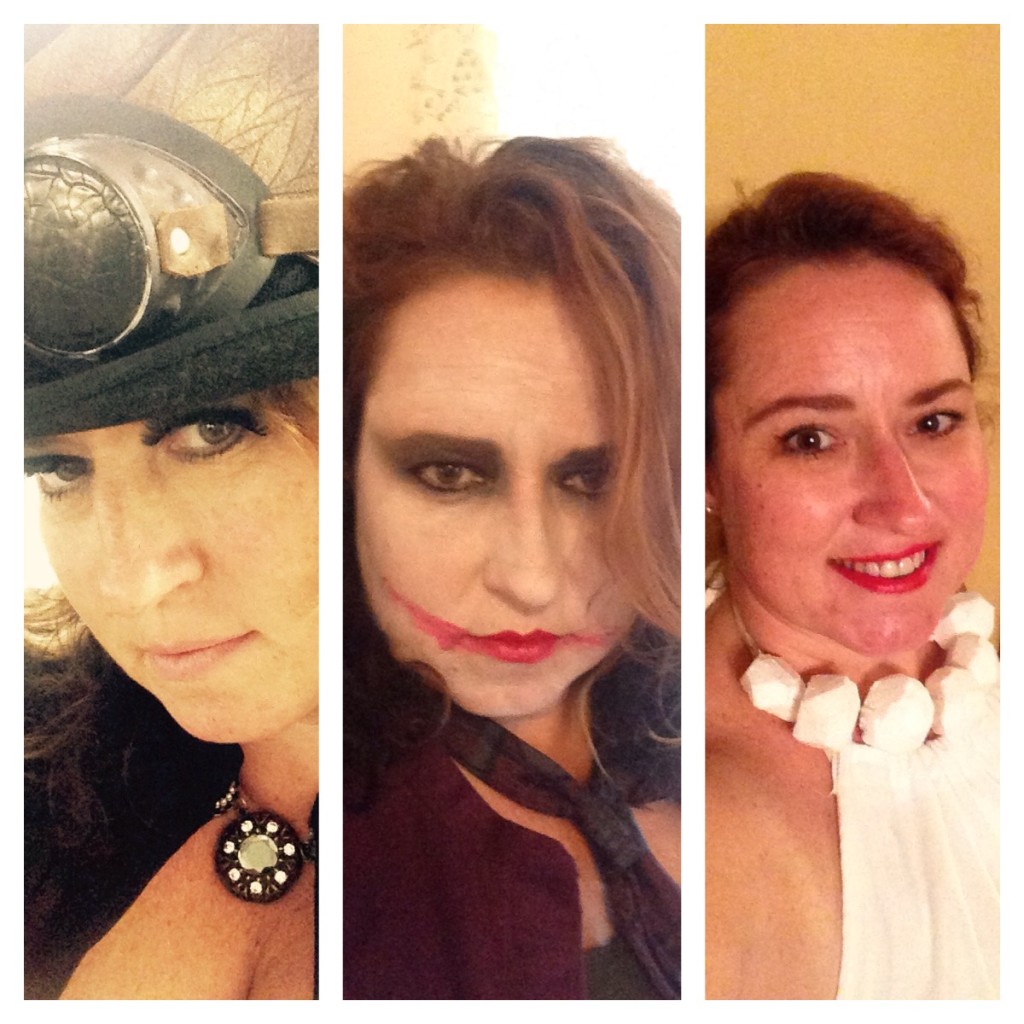 So October was amazing.  I was vending for the first time as Truly McKee at the Dirty: Bardello d’Bard.   Then it literally felt like I got shot out of a cannon.

A cannon of shenanigans and frivolity.  And work.  All good stuff.

Then, DD and I attended the Cleveland Witches Ball.  It was a first ever event held at the beautiful Ohio City Masonic Arts Center.  There were vendors, food, photographers and lots of music and fun.  The theme was Steampunk and guess what?  DD wore a costume too!  It was a kind of chilly night and it was a great time to be a Steampunk.

Next on to the Maryland Renaissance Faire.  Yep!  I finally went.  It’s every weekend and lasts over nine weeks from the end of summer to just before Halloween.  I met my Faerie Friends and we had a damn blast. (I also stayed with the most awesome Fae Family you will ever meet)  I don’t really have any true Renn Faire garb but that didn’t stop me.  I was a Faerie on Saturday.  Sort of.  On Sunday the unofficial theme was “So Wrong”  I went as a gender bending Joker.  What fun!  I met fun new people and joined a Renn Faire sewing group on Facebook. There are some seriously talented artisans, craftspeople and tailors!

Last but not least was Halloween weekend.  DD is in a band that always plays Halloween weekend.  He and the lead singer decided to dress as Fred and Barney from the Flintstones.  I dressed as Wilma Flintstone.  I made the costume in a few short hours on Thursday/Friday.  I had so much fun dancing with a bunch of festive folks at the bar.  It was a typical All Hallows Eve with people dressed as skeletons, pirates, nurses, sailors, dogs, disco dancers and the like.  We went to a neighborhood party on Saturday and made quite a splash.  I sat outside around a bonfire and stayed toasty warm.  Warm from the fire and a bottle of champagne!

I had so much fun!  And I made or modified a ton of garb.  And made a ton of new product.  And my home is still a raging holy mess.  Yeah, when push comes to shove and there are costumes to wear, a clean, well organized home will always fall to the wayside.